Also known as an e-bike or ebike, an electric bicycle differs from a motorcycle in that it is a simple bicycle integrated with an electric motor that assists propulsion.

In short, electric bicycles convert human energy into electric energy that the bicycle uses for increased speed and power.

Electric bicycles usually fall under 2 categories: bikes that enhance the rider’s pedal power and those that add a throttle for a moped-style functionality.

How Are Electric Bicycles Powered? 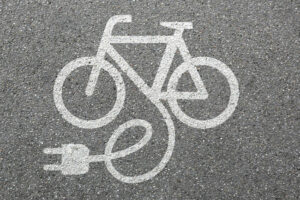 There is a wide variety of configurations available—direct drive and geared motor units are used, and electric power-assist systems can be added to virtually any normal bicycle via the belt drive, chain drive, hub motors, or friction drive.

One of the most common designs for electric bicycles is the BLDC hub in which the motor is built right into the wheel hub, the axle is fixed solidly with a stator, and attached magnets are used to rotate the wheel. So in this case, the motor is the bicycle wheel hub (legal power levels are typically capped at 750 watts).

Other electric bicycles use mid-drive systems. These types of e-bikes are increasing in popularity. This system incorporates the electric motor into the bottom bracket shell, where a cog or wheel on the motor drives a chain or belt, engaging a pulley that is fixed to one of the bicycle’s crankset arms. So in this case, propulsion is provided at the pedals themselves, rather than the wheel.

Electric bicycles can be used as simple bicycles, but have their electric components engaged only when needed—for instance, when climbing up a steep hill or riding against strong winds.

The History of Electric Bicycles 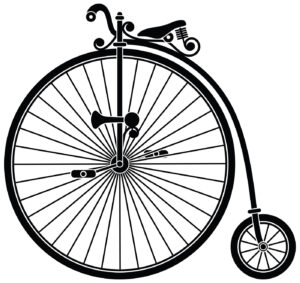 While it sounds like a new invention, there is actually a record of electric bicycles in various U.S. patents dating back to the 1890’s. Around this time, Ogden Bolton Jr. was granted for a “battery-powered bicycle” which involved no gears, but the motor could be powered with up to 100 amperes from a simple 10-volt battery.

Power controls and torque sensors were later developed, and NiCd batteries were built into frame members and 850 g permanent-magnet motors were eventually introduced.

In 1997, Lee Iacocca founded EV Global motors, which produced an e-bike of the model name E-bike SX—this was one of the first e-bikes to become popular in the United States.

As your one-stop shop for bicycle sales, rentals, maintenance, and repairs, our bike shop offers electric bicycles in St. George. Give us a call and learn more about the different types of electric bicycles we have to offer!